Celiac, Sensitivity, or Allergy? Digesting How Wheat Affects Us

Home>Blog>Celiac, Sensitivity, or Allergy? Digesting How Wheat Affects Us 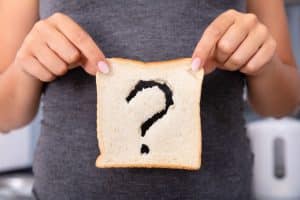 If you think you are suffering the symptoms of celiac disease and have given all gluten the shaft, it may be time for a sensitivity check.

Celiac disease, which affects one in 100 people, is an autoimmune disorder triggered by gluten, a protein compound found in wheat, barley, and rye. Some people who experience bad reactions to gluten, like bloating and stomach pain, may assume they have celiac disease. But it might instead be one of three other issues: gluten sensitivity, a wheat allergy, or trouble digesting certain carbohydrates.

Celiac or Sensitivity: How Do I Know the Difference?

The key to how celiac disease, wheat allergies, and gluten or carbohydrate sensitivities differ comes down to how the body reacts to certain food substances.

When a person with celiac disease eats gluten, their immune system doesn’t attack the gluten. Rather, it sends white blood cells to attack the villi, the hair-like projections that line the small intestine and absorb nutrients. The result of this attack is inflammation of the small intestines, from which a range of conditions can arise.

In cases of non-celiac gluten sensitivity (sometimes called gluten intolerance), the body targets the gluten protein itself, fighting it both inside and outside the digestive tract. Importantly, and unlike in cases of celiac disease, people with gluten sensitivity do not have to restrict gluten entirely.

A wheat allergy is an immediate negative reaction to wheat that includes itching, swelling lips, hives, and anaphylaxis (requiring an EpiPen). It occurs when the body sends out antibodies to attack the wheat protein. A wheat allergy typically is treated by an allergist.

If the body has trouble absorbing carbohydrates called FODMAPS (fermentable oligosaccharides, disaccharides, monosaccharides, and polyols), the patient may suffer symptoms similar to a gluten sensitivity. This reaction can derive from other substances in wheat, and even from non-gluten grain products.

Among the Most Common Celiac Symptoms

More than half of adults with celiac disease may also experience symptoms unrelated to their digestive systems. They include:

Celiac Can Lead to Other Conditions

Some people may dismiss celiac disease as an inconvenient digestive disorder that only requires behavioral and diet modifications. But as an autoimmune disease it can be much more serious. If left intreated, celiac disease can lead to other health issues, including:

Celiac is In the Blood

This is how to know if you or a loved one is experiencing celiac disease: get tested. A blood test will detect higher levels of telltale antibodies and determine if a biopsy (through an endoscopy) is necessary.

If further tests diagnose celiac disease or gluten sensitivity, talk to a gastroenterologist about foods to avoid. Many items that may seem safe, including flavored potato chips, meats, meat substitutes, and medications, could include forms of gluten such as wheat starch, wheat protein, or malt vinegar.

Even eggs in a restaurant may be mixed with pancake batter, so ask. Once any form of gluten intolerance is determined, you should keep your sensitivity in check.