Food Getting Stuck? 5 Reasons to Take it Seriously

Home>Blog>Food Getting Stuck? 5 Reasons to Take it Seriously 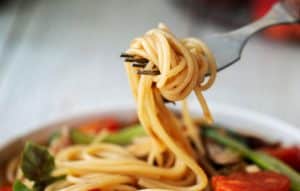 “Oh, it’s nothing,” many people may think when a bite of food gets stuck in their throats. But if food is sticking in there frequently, they may have something more serious to chew on than a simple eating “hiccup.”

We tend to think of swallowing as automatic; that it’s something our bodies just do. But in fact, this act relies on a highly coordinated collaboration involving the brain, esophagus, several nerves, and a couple of muscular valves. If one of these players is out of step, or something goes wrong to interfere with its role, food can take a lot longer to travel through the esophagus to the stomach – or feel like it’s stuck in the throat.

This disorder is called dysphagia. And about 10 million Americans are evaluated for it each year.

Dysphagia does not exist in a vacuum; it is typically the result of a separate, underlying health issue. And some of these issues, if left untreated, could get serious.

Patients who feel like food is getting caught or slowed down in their throats should take it as a sign from their bodies to see a doctor. Dysphagia could be the result of one of these more urgent ailments:

Respect What Your Body is Saying

If you or a loved one is experiencing trouble swallowing, don’t take it as a minor “hiccup.” Call us. Cincinnati GI specializes in several treatments for dysphagia, including medications, the gentle expansion of the esophagus, and surgery.

Symptoms of dysphagia may include:

To learn more about swallowing disorders, including the symptoms, diagnosis, and treatments, visit our web page dedicated to the condition, here.