Is it GERD or Heartburn? 6 Signs and When to See a Doctor

Home>Blog>Is it GERD or Heartburn? 6 Signs and When to See a Doctor 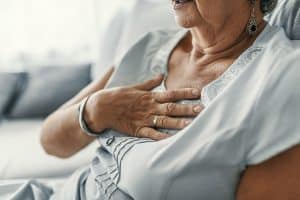 If your afternoons increasingly feel like a recurring series of “Revenge of the Lunch,” the cause might not be something that was inside the meal; it might be something inside of you.

Gastroesophageal reflux disease, or GERD, can make a taco that tasted delicious at noon become a nightmare by 3 p.m. It occurs when acids and other stomach contents persistently back up into the esophagus, the tube that carries food from the mouth to the stomach. This is due to a weakening of the muscle between the stomach and esophagus (sphincter) – it just doesn’t close all the way.

An estimated 20% of people in the United States experience gastroesophageal reflux  disease. Many, however, do not consult a doctor. They may dismiss the events as common acid reflux or heartburn – an occasional burning sensation in the neck and chest. But if the symptoms are frequent, long-lasting, and severe enough to interfere with day-to-day life enjoyments, it could be GERD.

When should someone see a doctor for recurring and severe acid reflux? That’s a trick question: The answer is always, because GERD can cause tissue damage  to the esophagus. Untreated or unregulated, GERD can develop into more serious conditions.

Indeed, in 2010 (the most recent year for research), 4.7 million people were hospitalized for GERD .

How to Narrow Down GERD from Heartburn

If in doubt, these six symptoms can help someone determine if their discomfort can be attributed to GERD, not common acid reflux. Note, symptoms are wide-ranging, so two similar people may notice different signs.

Don’t Be in Flux: What Could Happen if GERD is Untreated

Gastroesophageal reflux disease can be managed by modifying one’s diet, activities, and other behaviors. But left untreated, GERD can lead to other, more serious conditions:

Only a gastroenterologist can determine for sure if simple heartburn or acid reflux is GERD. A number of diagnostic options are available at Cincinnati GI, from examining the throat with a slim, camera-equipped tube (upper endoscopy) to various forms of high-tech imaging.

If the results point to GERD, the patient will likely be advised to adopt a lower-acidic diet, lose weight, and avoid reflux exacerbators, such as nicotine and alcohol. Medications, including antacids and acid blockers, may be prescribed.

If GERD persists, the gastroenterologist could suggest one of several procedures to strengthen the sphincter muscle and keep those tacos down.

But until the patient consults a physician, meals could remain recurring nightmares.

You can learn more about GERD, symptoms and procedures, and watch an instructive video, here.