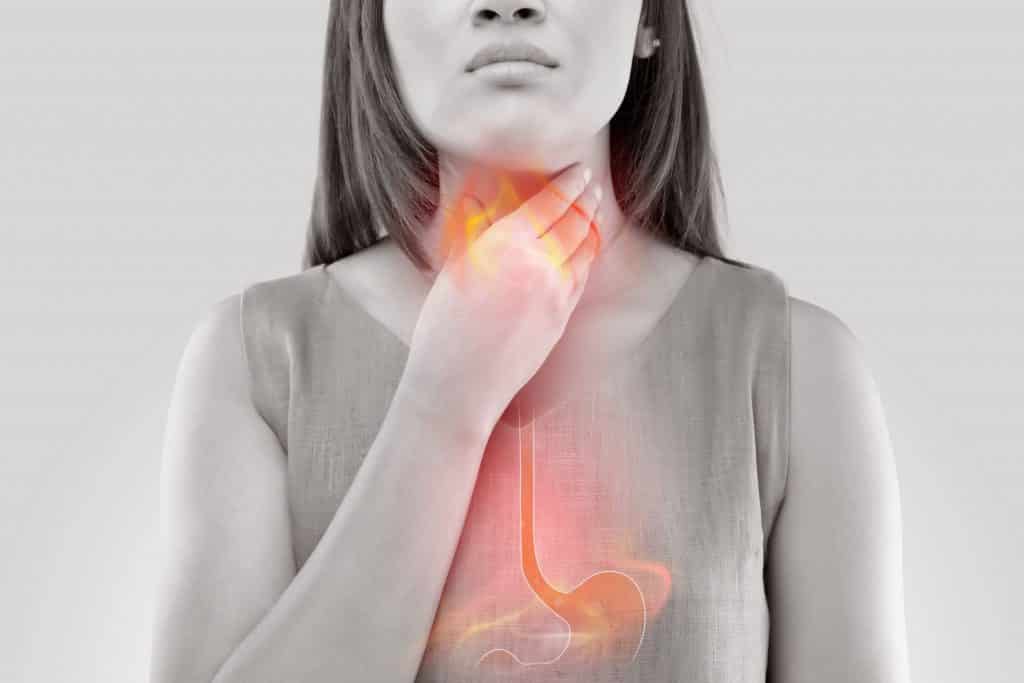 Most people have had that “heart in the throat” feeling, but did you know that a small percentage of the population also experiences, literally, stomach in the throat? This is what happens in some cases of gastroesophageal reflux disease and, left untreated, it could develop into something serious.

Gastroesophageal reflux disease, or GERD, is estimated to affect at least two of every 10 U.S. adults. So chances are, you know at least two people who live with it.

Let’s say one of those two people is successfully treating the GERD with medication, but the other has found medication doesn’t help. That person may decide to just tolerate the discomfort, but in time that discomfort could lead to more severe GERD and, potentially, damage the throat enough to develop esophageal cancer.

This is what happens to people who develop a complication of GERD called Barrett’s esophagus, a condition that is hard to detect but is highly treatable – even without medication. In fact, a number of non-drug procedures can treat both GERD and Barrett’s esophagus.

How GERD Can Cause Esophageal Cancer

GERD occurs when the stomach’s contents, including its acids, back up into the tube that carries food and liquids from the mouth to stomach (the esophagus). It stems from a weakened sphincter, a muscular valve that opens and closes at the base of the esophagus. A patient with GERD would describe some of the symptoms as frequent burping, chronic sore throat, sour breath, and difficulty swallowing.

Unfortunately, the symptoms of Barrett’s esophagus are the same as those related to GERD, so patients may assume what they feel is only GERD.

The stealth nature of Barrett’s esophagus, and potentially cancer, is why patients diagnosed with chronic GERD should be tested – so a treatment program can be prescribed fast.

Typically, the patient will begin with medications designed to reduce acid production or block acids from entering the esophagus. If medications don’t do the job, however, the physician may suggest a sphincter-strengthening procedure for GERD. Top options include:

If the patient has developed Barrett’s esophagus and the tissue cells have begun to replicate those of the stomach, these options might be suggested.

How to Manage GERD at Home

Outside of your physician’s office, GERD can be managed through various lifestyle modifications, including changes in diet (acidic and greasy foods are high on the “avoid” list), weight loss, and abstaining from nicotine and alcohol. Your gastroenterologist can provide guidelines for you.

But these measures alone will not prevent Barrett’s esophagus or other complications if GERD persists and becomes severe. In these cases, only a doctor’s care will keep your stomach where it should be – and your esophagus in the pink.